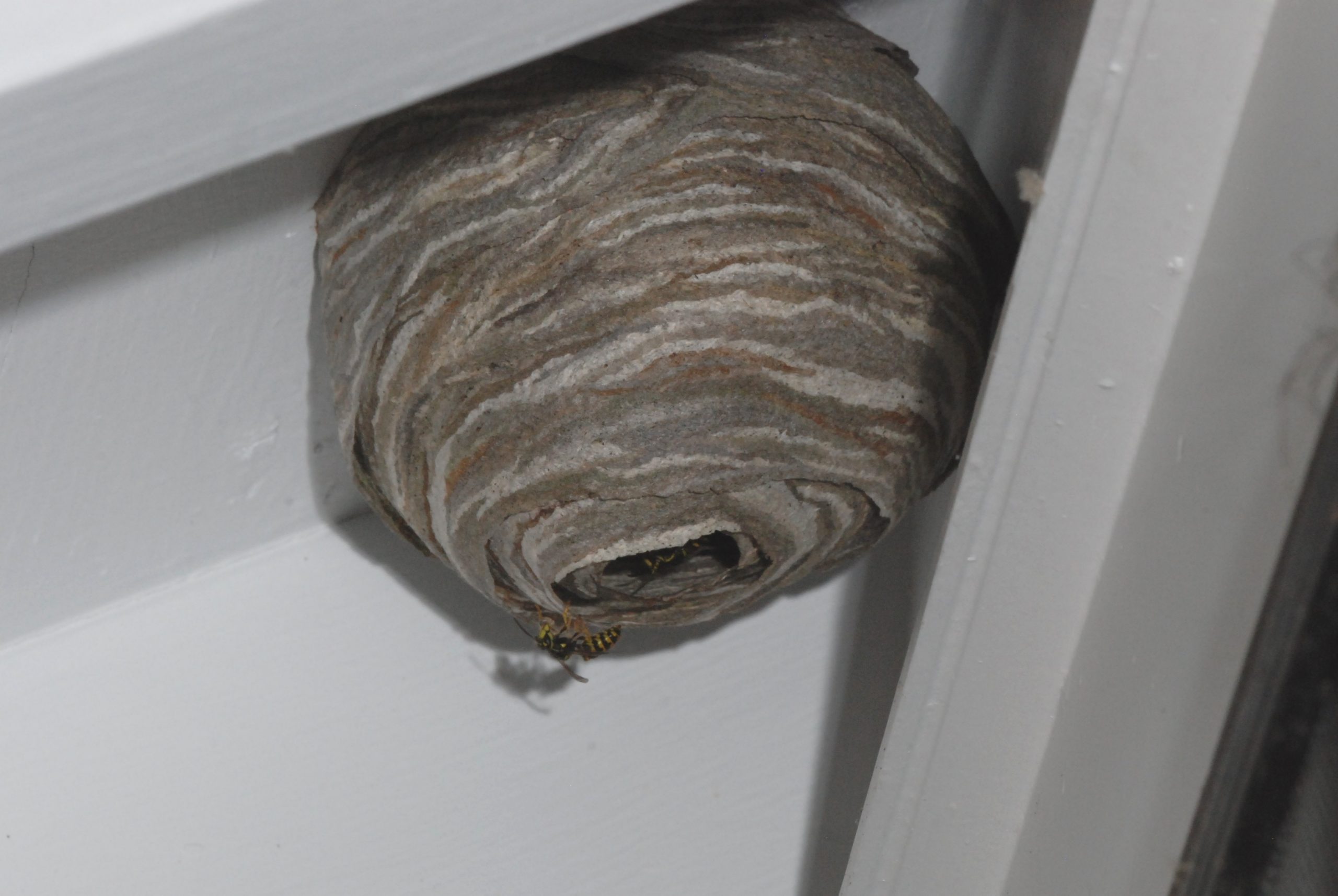 Mid June is the height of wasp season! A question we hear time and time again is: what is the purpose of a wasp? After all, people associate wasps with pain and fear and will be keen to remove any wasps and wasps nests as soon as possible. However, we would like to address the role of wasps and inform you how and when you should consider wasp removal.

How do wasps help the ecosystem?

Even though they don’t produce honey, wasps are a highly valuable pollinator and a key player in the ecosystem. You do not always have to consider wasp removal. Without wasps, we would lose many of our fruits and flowers. A great example of this is the fig wasp. The relationship between figs and the fig wasp is amazing. Neither the fig nor fig wasp can complete their life-cycle without each other.

There are countless other examples of this relationship around the world.

Wasps, unlike bees, are omnivores. Adult wasps feed on sweet nectar, but also feed their grubs with other insects such as caterpillars, aphids, blackflies, and greenflies. They benefit farmers and gardeners alike by keeping these sap-sucking insects in check. By removing wasps that do not pose a threat, this part of the ecosystem would be destroyed.

Do you need wasp removal?

Our most common wasp, Vespula vulgaris, and the German wasp Vespula germanic, have suffered major losses over the years, the most likely cause being the increased use of pesticides. This means a double blow to the wasp population, poisoning them and the insects they rely on to feed their young.

As a responsible pest control company waspnestremoval.ca, we have to look at the bigger picture when considering wasp removal, including the environmental consequences of using insecticides. The days are gone when a pest control technician delivers a lethal cocktail of insecticides as a matter of course. However, we recommend that wasps nests in close proximity to homes, gardens and public areas need to be eliminated for health and safety reasons.

When thinking about wasp removal, ask yourself a few simple questions:

1. Are they wasps? They could be bees or hoverflies.

2. Are they a direct danger to you or the general public?

3. Is there actually a nest or are they just simply attracted to a certain food source or nesting material?

The lifecycle of wasps

People often see a lone wasp in the spring and worry that they have an infestation.  However, it’s likely to be the queen who has woken up from hibernation and gone in search of food. She could have spent the winter in curtains or a stack of logs.

She will look for somewhere to nest and then lay eggs, which turn into larvae and then young wasps, known as grubs.  You won’t see signs of them until late May but then start to notice ‘wasp traffic’ as the workers bring food for the grubs and more materials for the nest. Mid June is the height of wasp season.

By winter, queen wasps will have vacated their nests ready for hibernation. All of the remaining female workers and male drones will die off, their work on this Earth is done.

The whole lifecycle will start again in late February, early March, when the sleeping queens awake in search of food from early flowering plants and trees. So if you see an early wasp buzzing around in your home, let it out, let it live, and play its part in our wonderful ecosystem.

What to do if you need wasp removal

Of course, wasp nests will have to be removed if they pose a direct threat to someone’s health. We recommend removal if they are close to homes, in gardens or public spaces.

The wasp sting is a little painful at best, but it can also be very serious or even life-threatening causing some people to have an anaphylactic shock if they have a wasp allergy.

Wasp nests are usually found in a loft, shed, air brick, hole in the ground, or even behind tiles, but wasps can be very creative when it comes to finding a new home.

Wasp nests start at the size of a golf ball but a typical wasp nest is the size of a football. Can you believe the biggest ever nest was around 5′ x 4′?  Take a look at these photos. The first wasp nest was built inside and around some hi-fi equipment stored in a shed.

The second is a wasp nest that was built in the frame of a sofa bed in the annex of a local property.  The wasps were travelling in and out through an air vent.  This nest had developed to this size in approximately 4 weeks.

5 Commercial Roof Maintenance Tips to Keep Your Roof in Check

4 Reasons You Should Install Fence Around Your House