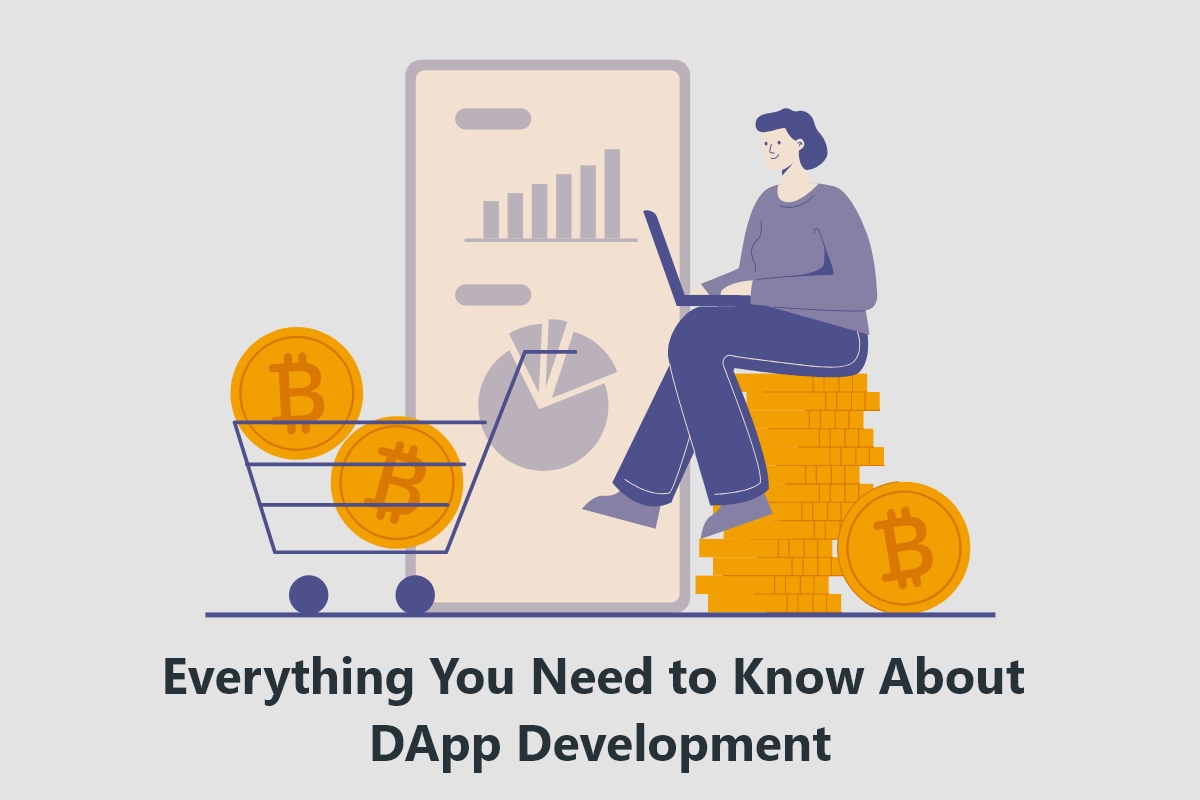 What are the Decentralised Applications (Dapps)?

Let’s get right to the “protagonist” of our story. Decentralised Programs (DApps) are digital applications that run on a blockchain or peer-to-peer network (such as BitTorrent, where participants both download and distribute content simultaneously). As a result, we can conclude that these applications existed long before the Web 3.0 era. However, they were isolated.

What is the Purpose of DApp Development?

Concerning the practical application of DApps, consider the following:

A decentralised program must create digital assets that may be used as proof of value. Peepeth is an example of a social network as a dApp, with a communication model similar to Twitter. The difference in Peepeth is that you cannot delete your post if you change your mind. However, no one will remove it at the request of anyone.

As an example, consider the entertaining software Crypto Kitties, which allows users to purchase and sell virtual hilarious kittens.

What Exactly is Dapp Cryptocurrency?

DApps operate in the same way as they do in other areas. It is open-source and free of any authority’s influence. Internally, DApps communicate with the corresponding blockchain network via a wallet that connects the blockchain ecosystem.

You cannot update smart contracts after they are deployed on the decentralised network. Dapps can be decentralised since the logic in the smart contract controls them rather than an individual or company. It also implies that you must carefully create and test your smart contracts. Avail for mobile app development services today to get assistance in DApp Cryptocurrency.

A newbie may not recognise the distinction between a generic app and a decentralised app. This is mostly due to the variance in the blockchain protocol. Let’s take a closer look at the intricacies and important features of DApps:

Transactions must be kept on the decentralised blockchain network. Instead of downloading the software, users must pay a fee in digital currency to obtain the source code. To connect and work, users must utilise both private and public keys. In a nutshell, because it is on a Blockchain that is maintained and governed by many users, it is not subject to the control of a single person.

A single entity does not administer or govern a DApp. The underlying code should be easily accessible for others to review. Because blockchain records are easily auditable, this transparency fosters confidence.

As evidence of value, DApps must issue tokens that may be distributed as rewards across the network. This is one of the motivations for developing DApps.

The stakeholders must agree on the underlying protocol for providing proof of value via cryptographic technique. At the moment, both Bitcoin and Ethereum use Proof of Work as a consensus protocol.

DApp provides several advantages, which include:

The nicest part about DApp is that no one can be barred from using it. The network is not controlled by any government entity or individual. In a nutshell, it is comparable to existing social media. Nothing can prohibit you from posting anything legal.

One of the best aspects of DApp is that it will not go down as long as your blockchain platform is operational. If a component of the system fails or a node fails, your application will continue to function normally. Blockchain technology, which assures zero downtime, is responsible for great fault tolerance.

Data security is one of the most pressing issues we face in the internet age. You may have witnessed numerous fraudulent acts in which end-user data was compromised. The blockchain platform secures data using encryption, so hackers cannot access it. Furthermore, you can validate transactions on the public blockchain. This ensures dependability and smooth information and data flow.

This is another important feature that makes DApp appealing. DApp features an inbuilt payment method for purchasing NFTs directly from the DApp developer or marketplace. FUSD is supported by payment providers and wallets across the network. Furthermore, FUSD suppliers address compliance and regulatory obligations. There are many more advantages of DApp. A well-reputed mobile app development company can help you in grabbing on all its advantages.

Decentralised applications are not without flaws. So, let’s take a short look at the disadvantages of DApps:

It becomes harder to roll out a patch update if there is a flaw in the system. Because data broadcast on the blockchain cannot be changed, it is difficult to maintain DApps if problems arise after distribution. In addition, if any flaws are addressed, all network copies must be updated.

Most centralised apps validate users, which is achievable because of the centralised nature and control from a single authority. However, in the case of DApps, there is no central body in charge of KYC approval.

A Blockchain network can become overwhelmed if one of the DApps consumes an excessive amount of computational resources. As a result, network lag occurs and payment processing becomes delayed.

Because of the intricate procedures, the entire DApp must be planned from the start with scalability in mind. DApps cannot be scaled in the same way that centralised applications can, where a system can be balanced based on load.

DApps have been shown to be an essential tool, opening the way for continued growth and development. As the number of dApps increases and innovations enter the market, it is vital to understand the benefits and drawbacks of each application. Governance will be needed, as will audits for dApp development and data security will be paramount. DApp ideas that promote mass cooperation hold a lot of promise for providing a new way for people to safely connect online and transact with new financial systems and digital assets.
If you want to know further then reaching out to a firm providing mobile app development services will be the best option.